The Fylde Bird Club contributes funds and bird seed to projects within our recording area that are designed to supplement and enhance the amount of food available to local bird populations, particularly during the harder winter months when food is scarcer. In addition these projects are designed to provide birders with the opportunity to easily view a number of species that would otherwise by more difficult to find or observe; this is particularly true of our declining farmland species. In general these feeding stations are only stocked during the winter months.

​Approximately 3 tonnes of seed is provided each winter by the Fylde Bird Club.

The main projects that we are partnered with are detailed below. If you have a project that you believe would benefit from the addition of a seed feeding station and would like the input of the club then please email the committee with the details.
Eagland Hill and New Lane

The Fylde Bird Club contributes to the cost of seed deployed at two feeding stations in the Eagland Hill area of Over Wyre. These feeding stations are well known by locals and visiting birders alike as a fantastic spot to get views of some of our declining farmland species. Both stations attract Chaffinches and Tree Sparrows in large numbers along with smaller numbers of Yelllowhammer and Corn Bunting and Reed Buntings, Stock Doves sometimes visit and Brambling occasionally turn up in winter, particularly at the New Lane station. The general area offers good winter birding as it is favoured by Pink-footed Geese, Whooper Swans and Barn Owls.

If visiting the feeding stations near Pilling please remain in your vehicle at New Lane, park sensibly and do not obstruct or walk down any farm tracks. Please make way for farm vehicles without delay. Thanks go to Bob Danson for the regular deployment of seed throughout the year.

In addition to putting out seed, in 2017 the club was successful in receiving a grant from Grantscape to plant single seed strips in the adjacent fields to both feeding stations in order to provide seed on standing crops to supplement food stocks for the wild birds during the winter. Despite difficulties in recording birds using the strips during the winter of 17/18 the project was deemed a success and bird numbers remained high throughout the winter months. 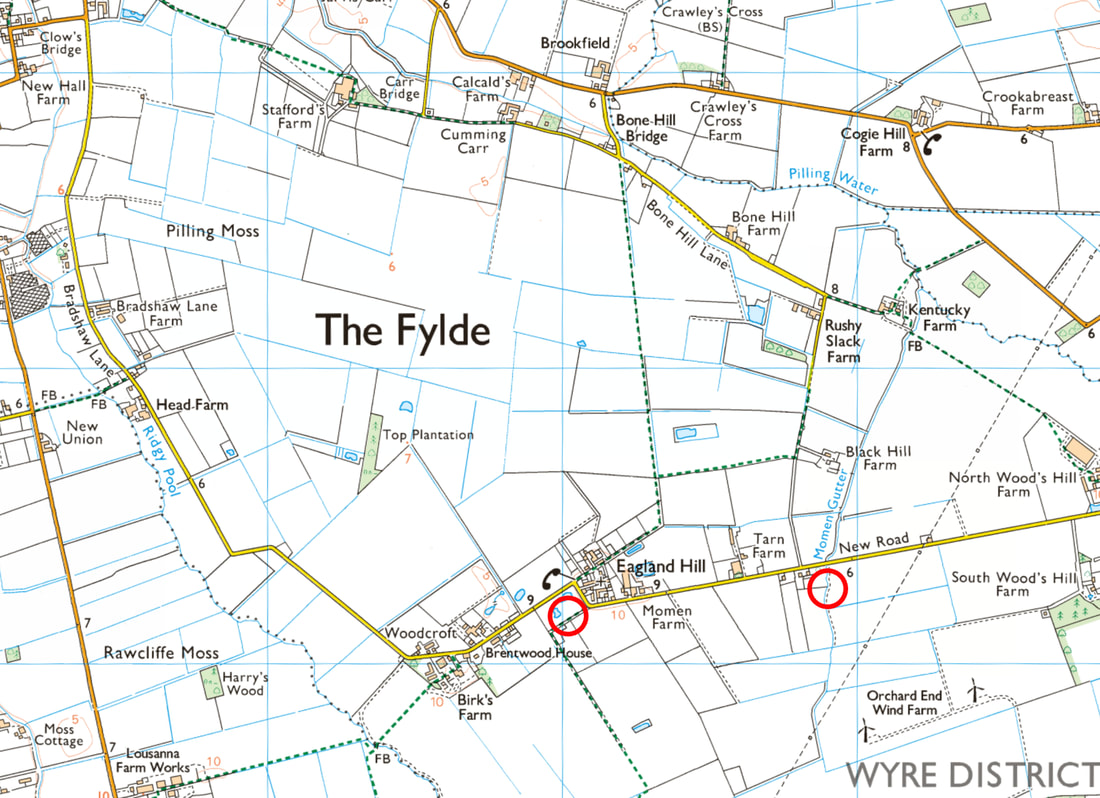 Since 2002 the Fylde Bird Club, spearheaded by chairman Paul Slade, has been putting seed out on a small track at Todderstaffe Hall near the village of Singleton in the west of the Fylde. The project is credited with stabilising and increasing the population of Tree Sparrows at the site which has been supplemented through the erection of bird boxes in the woodland around the farm. Up to 30 Tree Sparrows can now regularly be seen coming to the seed along with a number of other farmland and garden species. Please observe only from the car to avoid disturbing the birds when they are at the seed.

From Singleton village take the B5266 southeast towards Hardhorn for just over one mile and pass underneath the railway bridge. After a further c180 yards the B5266 turns sharply to the right but here should turn left along a narrow road towards Todderstaffe Hall. After c500 yards there is an area of rough ground leading to the railway and it is here where the feeding station is situated by the hedge at grid reference SD368368.
Marton Mere

The Club contributes seed to supply the feeding station at Marton Mere. It is situated at the west end of the Mere at the revamped Woodland Watch Hide. The feeders attract a range of common woodland species and Reed Buntings. During hard winters, the occasional Water Rail can be seen foraging beneath the feeders. The feeders are maintained and stocked by Mick McGough the Marton Mere volunteer group. 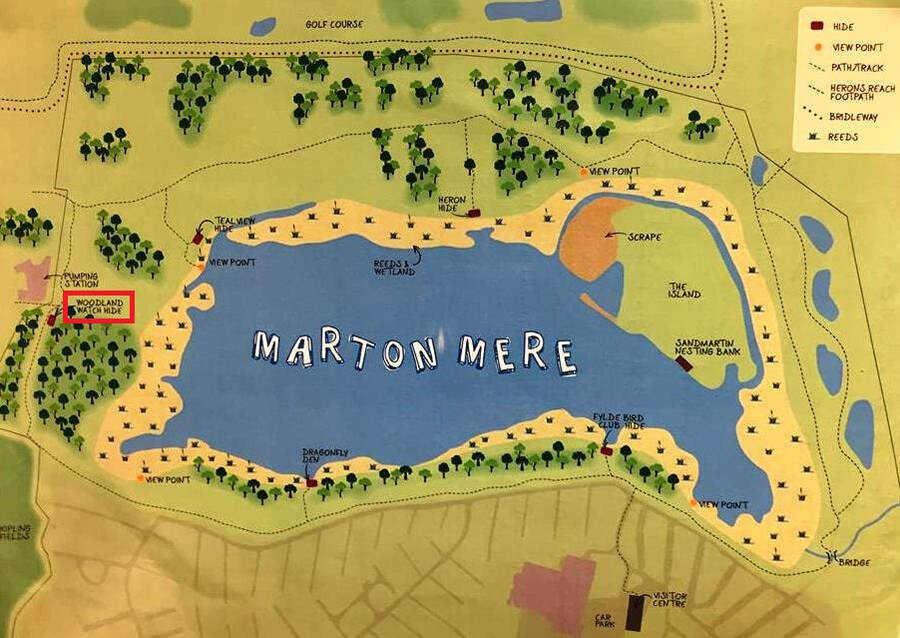 This site is located just south east of Inskip. Park sensibly on Preston Road or Woods Lane and follow the path south across the common, keeping to the western boundary, until you see the feeders. Grid reference SD 4698 3701. There are two large feeders here maintained by Malcolm Evans and local residents. The smaller feeder pictured below, contains 3.64 kg of seed and is all eaten every two days.
Most seed is taken by Tree Sparrows, which number at least 20. Other visitors include Chaffinches, Bullfinches, Reed Buntings, Great Tits, Blue Tits, Coal Tits and in recent years, a wintering Willow Tit. 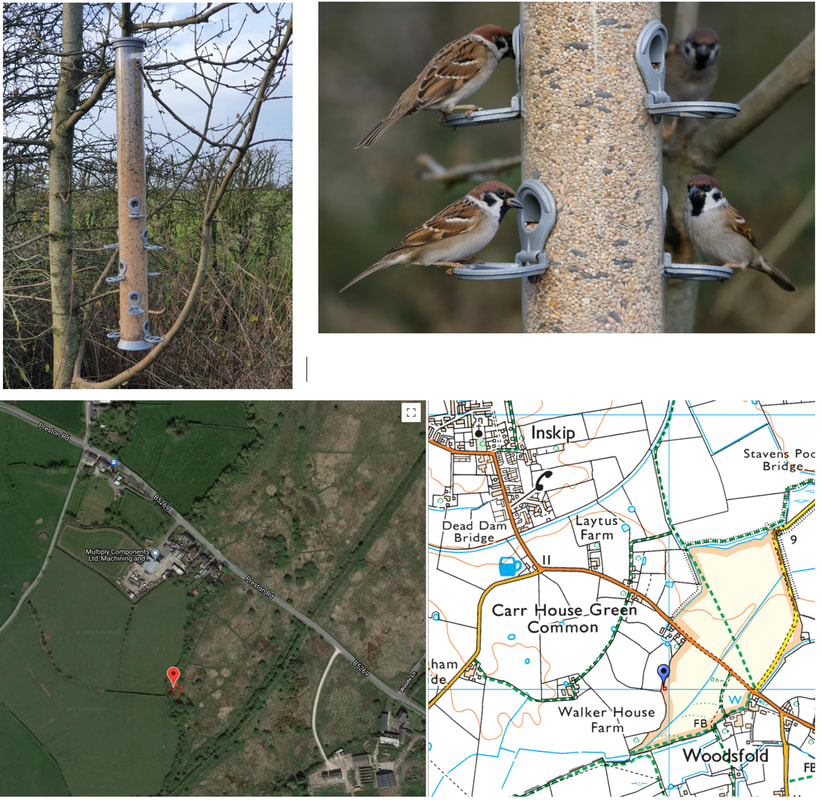 The feeding station at Treales can be viewed off Cross Lane, which is a single track road. Park sensibly at the very top of Cross Lane and walk down approximately half way and the feeder is positioned off a large tree on the left. The grid reference is SD 440 341.
The site attracts Tree Sparrows and other species. The nest boxes here were provided by Fylde Bird Club and have been successful for Tree Sparrows. The area also has Little Owl and it's claim to fame, was a Hoopoe in 2014. 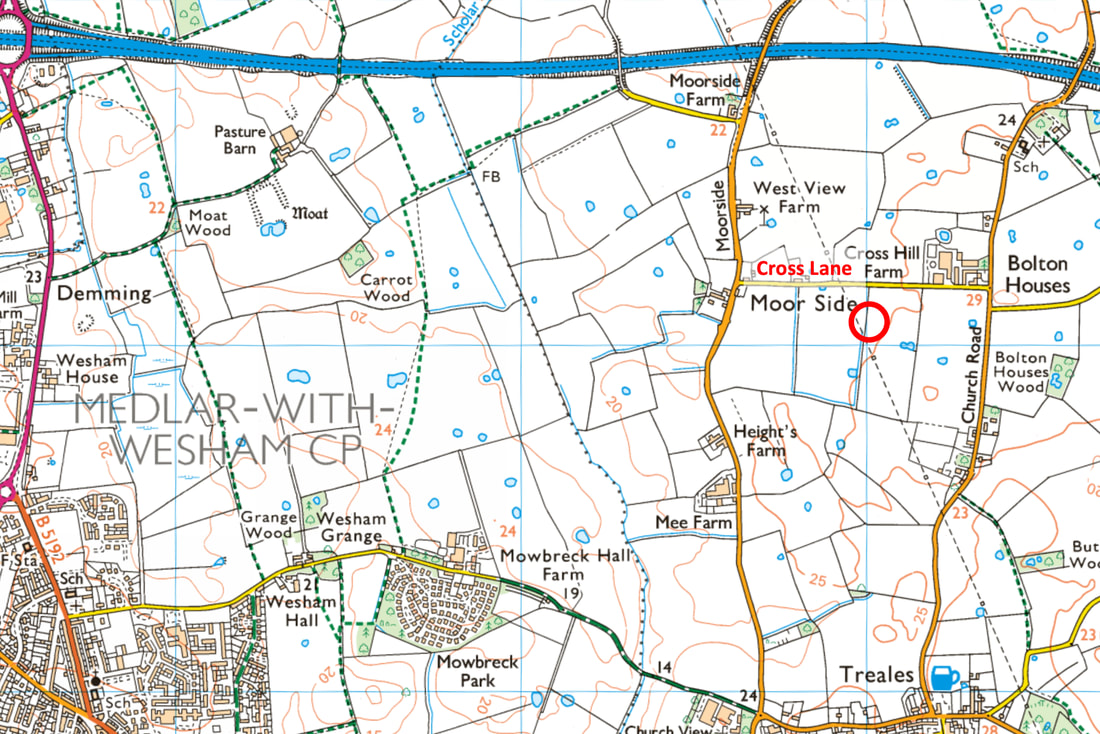 The feeding station at Wesham can be viewed from Sanderling Way. Park sensibly, just past a small electrical sub station and to begin with try viewing from the car, looking down the track to the north. The grid reference is SD 4188 3348. Visitors to this feeding station include Tree Sparrows, Yellowhammers and Reed Buntings 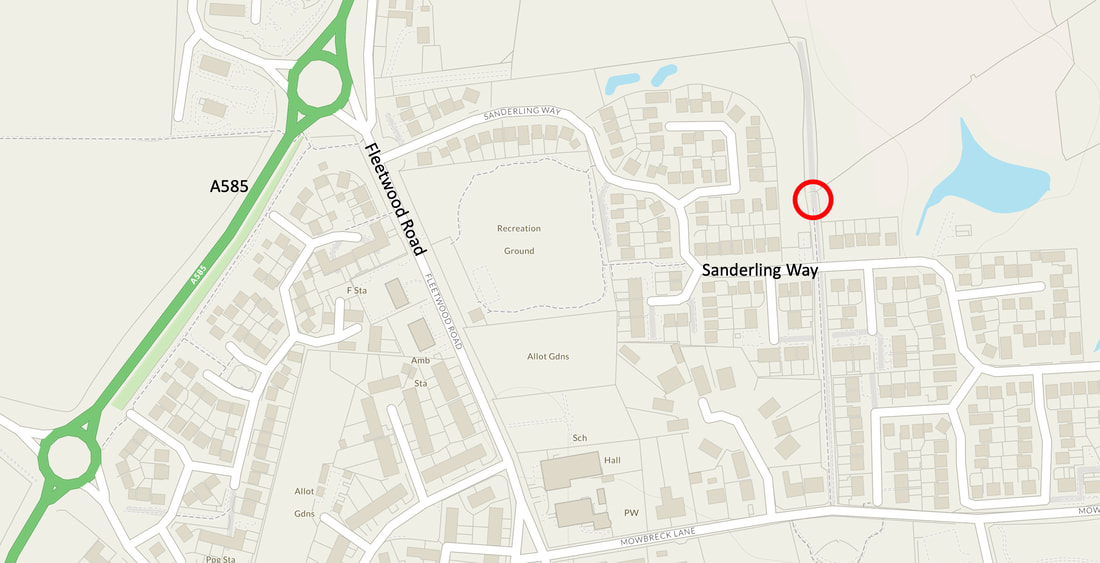